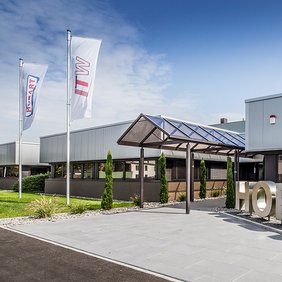 HOBART parent company Illinois Tool Works is also moved by the fate of Ukrainians. To tackle the growing humanitarian crisis, the US company is donating one million dollars to various aid organisations and is furthermore initiating a worldwide internal donation campaign. At the same time, ITW announced that it has suspended its business with Russia until further notice.

Offenburg, Germany – HOBART's parent company Illinois Tool Works has started a donation initiative, inviting its around 45,000 employees to make donations for the Ukraine. As announced, ITW Management Board will double the total amount collected in addition to a one million dollar donation up to an additional $500,000. It will go to three charitable organizations.

These are the International Committee of the Red Cross, the United Way Worldwide "United for Ukraine" fund as well as the UNICEF fund for children in the Ukraine. These organisations strive to provide emergency relief aid and essential services to those in need. HOBART Germany had also collected donations from its Germany employees in March (EUR 75,000).

ITW suspended shipments to Russia
Illinois Tool Works is also suspending its trade relations with Russia as a result of its military aggression. " Like many of you, we are shocked and saddened by the events that have taken place in Ukraine over the last several weeks. We join the global community in condemning Russia’s unprovoked military aggression toward Ukraine and its citizens. While ITW does not have any operations or employees in Ukraine, we offer our heartfelt support to our ITW colleagues of Ukrainian heritage around the world and particularly to those who have friends and family members directly impacted by this tragedy. In response, we suspended all shipments of ITW products, directly or indirectly, to Russia and all imports from Russia until further notice. We have approximately 160 ITW team members in Russia who have nothing to do with this situation and we will continue to provide them with compensation and benefits for as long as we are able, says Scott Santi, Chairman & Chief Executive Officer at ITW.

Illinois Tool Works, of which warewashing technology manufacturer HOBART has been a subsidiary for 23 years, was founded in 1912 and is a broadly diversified conglomerate that manufactures construction mounting elements and components, devices and consumables as well as specialty products. The product range includes, for example, systems and end products for consumers as well as industrial packaging, electrical devices and welding machines. With its head office in Glenview, Illinois, ITW has a workforce of 45,000 based in 53 countries.